SOME OF GISELLE’S DOCUMENTARIES

In The Name Of Your Daughter

This documentary tells the moving and inspiring story of girls like 10-year-old Rosie Makore, who risked her life and family to follow her dreams. Terrified of stories of girls bleeding to death during the ‘cutting season’ in December, Tanzanian girls like Rosie must face the most difficult choice of their young lives: submit to female genital mutilation (FGM) and child marriage, or risk their lives and run away from home. FGM is illegal in Tanzania, but men believe that girls’ must be cut to prevent promiscuity, and cut girls command twice the bride price. Rhobi Samwelly, one of Africa’s most charismatic women, protects the girls in her Safe House and confronts her community in the fight against this brutal tradition.  This is a story of courage and hope, set in the stunning Serengeti district of Tanzania. In The Name Of Your Daughter continues to be seen around the world.

This powerful film tells the tragic story of the unsolved murders of thousands of women in Guatemala.  Since 1999, more than 2,500 women have been brutally raped, murdered, and mutilated, and the numbers are going up.  The murders are rarely investigated and the killers go free.  Killer’s Paradise follows the family of 19-year old Claudina Velasquez, as they try to get justice for the murder of their beautiful daughter.  KP also tracks down one of the murderers, and asks the President why nothing is done.  This film was a co-production between the BBC  with the National Film board of Canada.

Available to see on Vimeo

Long before the rest of the world was familiar with the term 'honour killing', Murder in Purdah documented the murder of women in the name of honour in Pakistan.  There, men kill their wives with impunity while women wait on death row for killing their husbands.  Away from the city elite, women live as prisoners, forbidden to make decisions about their lives.  Those who rebel—who choose to marry for love-- face violent reprisals.   Burned, tortured and murdered in the name of Islam and tradition.  Even suspicion of sex outside marriage is enough for their fathers, brothers or sons to kill them. 'Murder in Purdah' reveals the terrible injustices perpetrated up on these women and interviews some of their murderers.

Through the voices of the children themselves, this film reveals the devastating effects of War on Congo’s children.   An entire generation has been scarred by a seemingly endless conflict.  More than three million children have died as a result of the fighting and the hunger and disease that follows.  Injured, orphaned, and starving, Congo’s children are traumatized by what‘s happened to them, what they’ve witnessed, and some, by what they themselves have done.

An investigation into British human rights abuses in Kenya during the Mau Mau fight for independence.  Some 80,000 men were detained and tortured in detention camps across Kenya in the 1950’s.  Women and children were forcibly detained in concentrated villages where they were starved, abused, and often raped.

An investigation into Japan’s notorious Unit 731, which perpetrated the most horrifying scientific experiments on human beings during WW2. The plague, typhoid and other diseases were unleashed on unsuspecting victims in China.  Hundreds of thousands of people died as a result. The film follows some of the surviving victims as they look for justice from the unrepenting Japanese, and tracks down two of the killers, one full of remorse, one proud to have served his country.

There are in Israel today men accused of war crimes.  They’re living at the taxpayers’ expense under the protection of Israeli authorities.  For 15 years they detained thousands of Lebanese in Khiam prison.  Men, women and even children were brutally tortured and held without trial in degrading conditions.  Through the eyes of some of those who were detained as well as their jailers, ISRAEL ACCUSED reveals what happened in Khiam, and provides comprehensive evidence of Israel’s responsibility for the prison.

In Rwanda’s genocide in 1994, hundreds of thousands of Tutsi women were raped.  Not even children were spared.  Most of them were murdered afterwards, but for those who survived, hell on earth continues.  Many of the women were horribly mutilated and are still suffering the wounds.  Others were deliberately and systematically infected with Aids and are now dying.  Still others bore the children of their tormentors and are struggling to accept these ‘children of hate’.  Few of their tormentors have been punished.  Full of shame and profound sadness, the women took refuge behind a wall of silence.  CONDEMNED TO LIVE is their untold story.

A controversial investigation into Israel’s weapons of mass destruction—nuclear, chemical, and biological.  ISW focused on the case of Mordechai Vanunu, Israel’s nuclear whistle blower, who was tried in secret and jailed for 18 years in 1986.

Since the collapse of the former Soviet Union, the power of Russian organised crime has exploded and its tentacles have spread across the world.   From the streets of Moscow to the United States and Israel, this film tracks the Russian gangsters and their crimes, from prostitution and insurance scams to money laundering, murder, and massive bank frauds.

Getting Away With Murder

This film explores South Africa’s efforts to come to terms with its troubled past.  It followed the country’s Truth and Reconciliation Commission as it tried to dig up the secret history of the apartheid regime and the ANC’s liberation struggle.  By promising amnesty to killers if they confess their crimes, the theory went, reconciliation would emerge.  But should anyone get away with murder, just because they finally tell the truth?

An investigation into allegations that British Petroleum has been fomenting Colombia’s dirty war by supporting the Colombian military, one of the world’s worst human rights violators.  The documentary also traces links between BP and the paramilitary groups responsible for the killings and disappearances of people opposed to the British Company’s activities.

A film about modern-day slavery in the charcoal industry in Brazil, where small children and their parents are forced to work as indentured slaves in inhumane conditions, and with little chance of escape.

The ancient Silk Road that once brought wealth and prosperity to the cities of Central Asia is now bringing another precious commodity, heroin, to the West.
This is an investigation into the new drug route that’s developed through the former Soviet Union and the new legions of addicts and smugglers it’s leaving in its wake.

This is an investigation into the Baby Trade in Paraguay, where unscrupulous Paraguayan lawyers exploit their own people’s poverty to get babies for adoption.  The film shows how children are bought or stolen, and even imported from Argentina and Brazil to be sold to people desperate to be parents.   Unsuspecting couples from the United Kingdom and America adopt many of the babies, and some are even smuggled into Britain, Europe and the Middle East.

This is the story of ‘social cleansing’ in Colombia, where death squads routinely murder society’s so-called disposable people--the homeless, the unemployed, drug addicts, petty thieves.  This film documents the murders, tracks down the killers, and confronts the President to ask what society calls some of its own people disposable?

An investigation into the practice of female infanticide and the routine abortion of female foetuses in India.  The film follows Vellayama, a young expectant mother who is trying to decide whether to murder her newborn baby.  Sensitivley told, the film also give voice to women who have already murdered their baby girls, those who have aborted female foetuses, and challenges the doctors who defend the practice.

Deep inside Thailand, a whole village survives by selling their daughters into prostitution.  This is an investigation--much of it with secret cameras--into Thailand’s indigenous sex industry and the broken lives and dreams of the casualties. The film looks at sex slavery, child prostitution, and the frightening spectre of AIDS.

In India, a poor rickshaw driver sells a kidney to feed his family.  In China, a Philippino woman waits for the next organ donation from an unwilling executed prisoner.  This is a detailed investigation into the international trade in human organs, told from the point of view of people desperate for a new chance at life, and those who willingly sell an organ to fulfil their own dreams.

Ten years after the television programme, this programme takes another look at India’s illegal dowry system.  Sadly, although some laws had changed as a result of the film ‘Let Her Die’, female foeticide (the selective abortion of the female foetus) and female infanticide, are both still every day events.  As a result of the financial implications of ever increasing dowry demands, families continue to murder their baby girls.  The violence continues after marriage—thousands of women are killed every year as a result and millions of woman are missing. 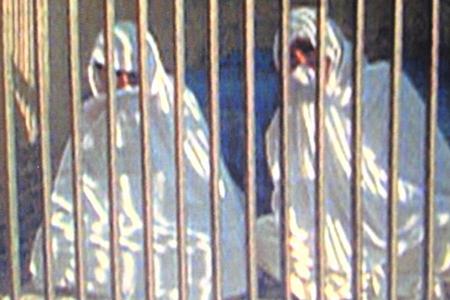 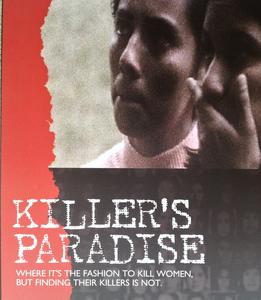 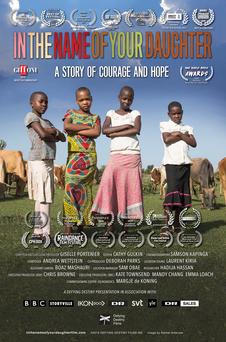